My mantra to build immunity and strength

When  little  children  come together, it is a fest for the germs. They become vibrant and make merry going around and  latching on to the innocent children, especially school going children.  These children  have lesser immunity to fight or resist the viruses/germs  and are prone to frequent microbial infections.

My son was 2 months old when my daughter started schooling at 2.6 years. Every other week she would invariably pick up some viral infection from her school. There was  lot of cross infections between them during her early school years. Those periods were easily  a down time for me when both children were sick.  Much as I avoid separating or isolating them, the two of them would roll over each other and play.
At home, I was advised by my  experienced  elders who have raised many children,  not to take the children to the doctor for every cold/cough, since the doctors would treat them with antibiotics. They would tell me that it was normal for children to catch cold  and infections during their early childhood and it would only help build the immune system.

Instead they suggested good rest and good home  made immune boosting  food and liquids for the children when they fell sick. Apart from the herbal decoctions like ‘Inji sorasam’( a herbal drink made with ginger, lime juice, honey and coriander seeds), and  ‘Oma sorasam’( made with ajwain ), tulsi tea etc.,  they would insist I add haldi to everyday cooking without fail.

Initially, I was apprehensive to follow their advice as she would  be missing her school and classes. So to get quicker relief, we would take our  daughter often to the clinic. After an hour  long queue and waiting at the paediatrician’s lounge , she was prescribed anti-biotics for 7 days. The  anti-biotic course  made the normally bubbly child  very cranky and less energetic. After 2 or 3 visits which were very frequent, we refrained from taking her and resorted to time tested immune boosters which our  elders prescribed.

Some of which I followed:

·         Good hygiene: washing hands before and after food, covering the mouth while coughing,  using own hanky etc.

·         Physical activity :  Playing in the warm  sunshine/ exposure to early morning rays ( good source of Vit D) , outings even in the wintry cold ( exposure helps build resistance) and  deep breathing early in the morning ( it was more  like a fun time activity when we walked into the balcony to have fresh air).

·         Herbal foods: lot of liquids  in the form of ajwain water(gripe water) ,  tulsi tea, nelli mulli tea( amla),haldi milk,  deepavali legiyam  ( an  awaleha similar to  chyawanprash made at home by elders specially during diwali but would last through the year), tender leaves of neem ground with haldi and jaggery, ajwain ka patta,  etc., were given seasonally and they came in handy to combat the seasonal changes, to build immunity and detox.

·         Home made food:  Most immune boosters  are in our kitchen spice box. Most Indian traditional  foods  are made with these -  jeera,  black pepper(excellent detox), asafoetida (anti-oxidant), curry leaf( vit c)  coriander seeds, chilli, mustard*, haldi** etc.
The food which they liked and  which was a part of our daily diet was pepper rasam.     Pepper Rasam served with mashed  rice and ghee with a dollop of dal was a healthy food during winters( soupy consistency).  I would use lemon juice for the tanginess of rasam . By itself, this was a  healthy food. To it, I would add a herbal pack called ‘Samahan’ to keep them away from common ills. Once a fortnight, I would even make  a rasam called ‘Vepampoo rasam”( from sundried neem flowers, this  rasam had all the 6 flavors of sour, sweet, bitter, salt, astringent and pungency )

·         Seasonal vegetables and fruits completed their wholesome diet.( it was difficult getting them to eat veggies and fruits and so had to try many tactics like camouflauging them in soups and juices)

Physical exercise through games and a dose of sunshine 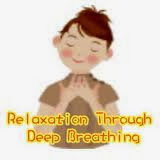 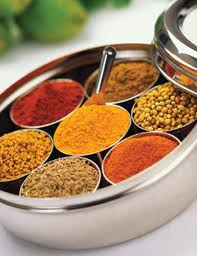 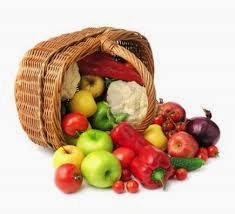 As they grew, they found it boring to eat the same old diet of fruits, veggies and they disliked the herbal smell of samahan . They developed a taste for global cuisine (continental  & Chinese ) and it was difficult to get them to drink the kashayams ( herbal teas) and bitter  concoctions.  Moreover, even my time was at premium and I found it difficult to make all those herbal teas during times of need.

I relaxed the food habits  as they were growing,  after all they were around 8 and 5+ years.I allowed them some variety and so they did eat the  Cheesy pasta, burgers  or noodles occasionally but Indian diet was a must. At the same time,  I introduced them to   “Dabur’s  Chyawanprash” which took care of their immunity and strength.

Now 9 years later, They themselves are conscious eaters. They eat balanced food but  the stress of  handling  a vast syllabi, school projects,co-curriculum and environmental  pollution  have caught up.  They now have erratic sleeping hours thanks to their project submissions( at short notice), coaching,  school work,  play time,  and TV time.

Very importantly, they still don’t miss  their meditation and pranayam. Thanks to the school which has made it a part of  their curriculum  additionally they also chant the Gayatri mantra  which strengthens their mind too.

Their immune  and strength is still  boosted by Dabur’s “Chywanprash” which they have it on their own (like jam) without any prompting. Coughs and cold are taken care by Dabur's Honitus. 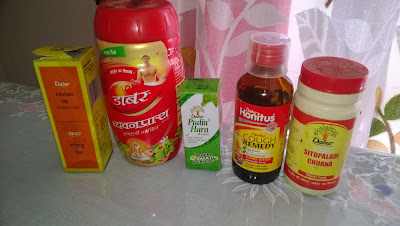 Drawing from my own experience,

I would suggest Hygiene, nutritious  Indian diet, seasonal vegetables and fruits,  sufficient rest and moderate physical activity are the mantra for boosting immunity and strength.

* Mustard - That little step called seasoning I would always miss in cooking and found it a waste of time, but later realized is one of the most nutritional step having massive health benefits. Thanks to my elders who insisted on tempering the foods.  The mustard seeds are powerful immune food.

** Haldi( again  a powerful immune booster)  which we use in our every day Indian cooking is the most talked about in the ‘Western world’ now. GNC, a famous American nutritional supplement brand sells pure turmeric as a capsule and calls “ Powerful Ayurvedic antioxidant”. Just a teaspoon of this boosts your immunity and keeps various diseases at bay.

Disclaimer:  This  is just preventive care and cannot be substituted or treated as medical advice. I have related my experience, children with asthma and other ailments may need special care.


Pic courtesy: google images,the last one (dabur products) is mine.
Posted by Asha at 6:44 AM